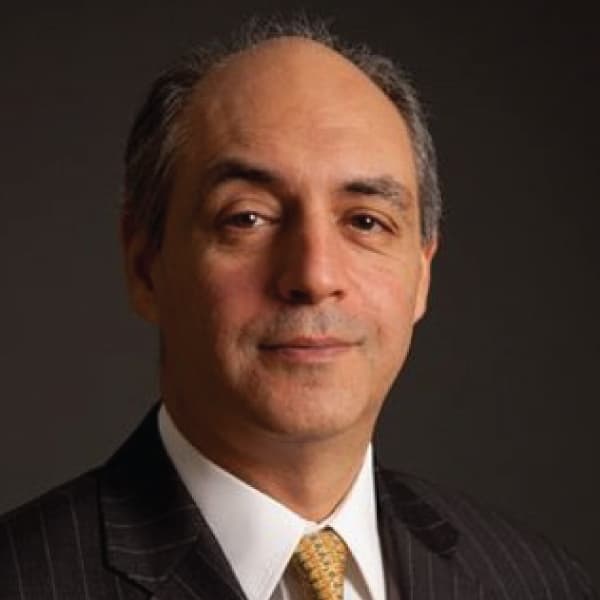 Nader Motamedy is a Managing Partner at Safar Partners. Prior to founding Safar, and until January 1, 2018, Nader was Senior Founding Partner, Chairman, and CEO of Caspian Private Equity (“CPE”), with over $3 billion under management. He led the Investment Team and was a member of the Investment Committee and responsible for the strategic direction as well as the development and management of the firm. During 2018, Nader was Vice Chairman of the Board of Managers of CPE.

Prior to and concurrent to that, until January 2012, Nader was a Founding Partner and member of the Board of Managers of Caspian Capital Management, LLC (“CCM”) which managed as much as $2.2 billion of alternative assets, including fixed income relative value portfolios and quantitative trading strategies. CCM also provided non-discretionary consulting on as much as $3 billion in structured products on funds of hedge fund programs. Nader began his investment career at Morgan Stanley in 1985 and worked at Prudential Securities and CDC Investment Management Corporation prior to founding CCM.

Nader holds an MBA from Boston College and a BS in Mechanical Engineering from Boston University. He serves on various company and fund advisory boards. In addition to other community engagements, he is also actively involved in several youth assistance and development projects. Nader was instrumental in establishing the Paris St. Germain professional soccer team youth development program and its Foundation in the United States to help underprivileged youth achieve their athletic as well as academic potential. He is also a senior advisor to Inter Campus, the philanthropic arm of Inter Milan soccer team in New York as well as the Youri Djorkaeff Foundation. Nader is also the president of the Boston Children’s Fund. 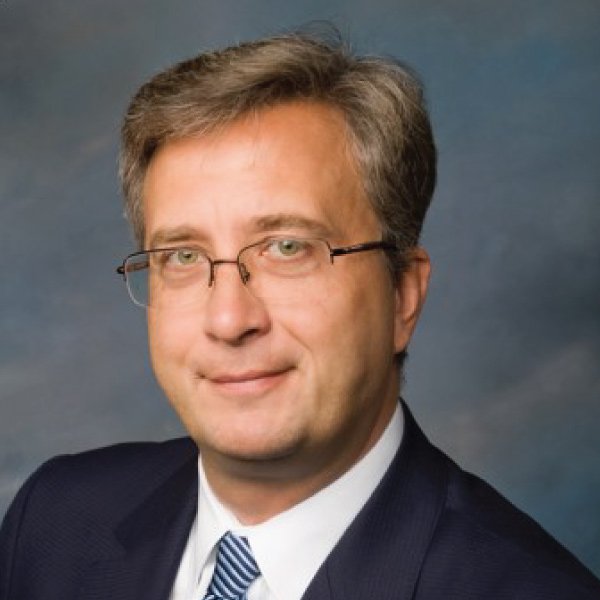 Arunas Chesonis is a Managing Partner at Safar Partners. He has a long history in sustainability and has supported numerous environmental and renewable energy research projects at the Massachusetts Institute of Technology to address climate change. He has also personally invested in the past 10 years in cleantech, life sciences, and information technology ventures through his involvement at universities in Boston and Rochester. Arunas also serves as CEO of Sweetwater Energy. Prior to Sweetwater, he served as Chairman and Chief Executive Officer of PAETEC Holding Corp., a Fortune 1000 telecommunications company acquired in 2011 by Windstream Corp. (NASDAQ: WIN), one of the largest national telecom carriers. Arunas founded PAETEC in 1998. 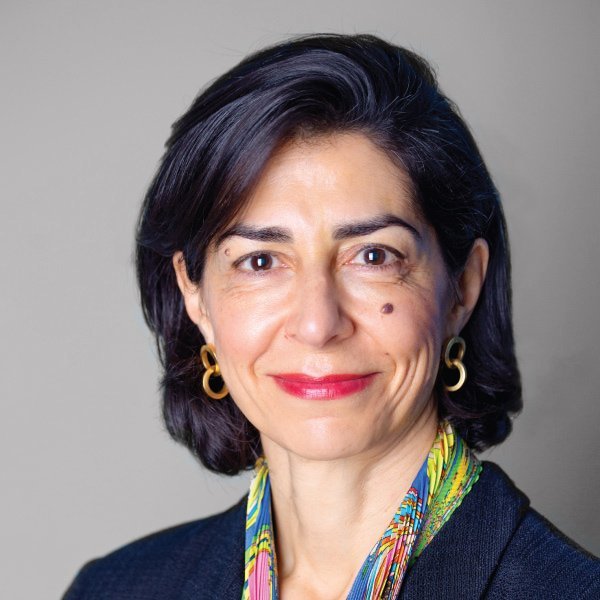 Sahba is a successful finance professional in the energy field, focusing on renewable energy. She has 20 years of experience financing power projects, both as a banker at Lehman Brothers, CS First Boston Corporation, and Bechtel Corporation, and as a personal investor.  Most recently, Sahba worked as a financial consultant to the leading marine hydrokinetic energy company, Ocean Renewable Power Company, where she analyzed financial and market conditions, performed due diligence, and raised private and public financing.

Sahba is a dual degree holder from MIT. She received her MBA from Sloan School of Management, with Concentrations in Finance and International Management. She also has a BSc in Electric Engineering from MIT with concentrations in Optoelectronics and Telecommunications. Sahba is involved with community volunteering, as a member of the Ethel Walker School Board of Trustees, and a member of Mission: Restore Advisory Board. 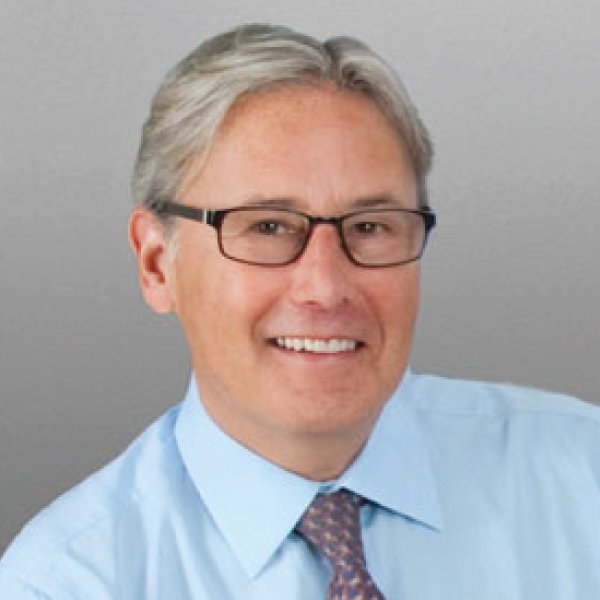 Greg Feldman is a Partner and a member of the Investment Committee at Safar Partners. He co-founded Wellspring in 1995. Areas of investment focus for Greg include retail, restaurants and consumer products and services where he has led numerous transactions for Wellspring.

For four years prior to the formation of Wellspring, he was in charge of acquisitions at EXOR America Inc., the U.S. investment arm of the Agnelli Group. For two years before joining EXOR, Greg was vice president and co-founder of Clegg Industries, Inc., an investment firm backed by Drexel Burnham Lambert Incorporated to invest in leveraged acquisitions of middle market manufacturing companies. From 1983 to 1988, Greg was a mergers and acquisitions lawyer at Paul, Weiss, Rifkind, Wharton & Garrison in New York.

Greg has served on the boards of more than twenty public and private companies. In addition to his for-profit board activities, Greg also serves as President of the Board of The Kitchen and Co-Head of the Director’s Council at The Whitney Museum of American Art. Greg received a Bachelor of Arts degree from Hampshire College and a JD from the Benjamin N. Cardozo School of Law, where he was Editor-in-Chief of the Law Review. Greg and his wife have three children and live in New York City. Greg Feldman is a member of the Investment Committee and non-employee of Safar Partners. 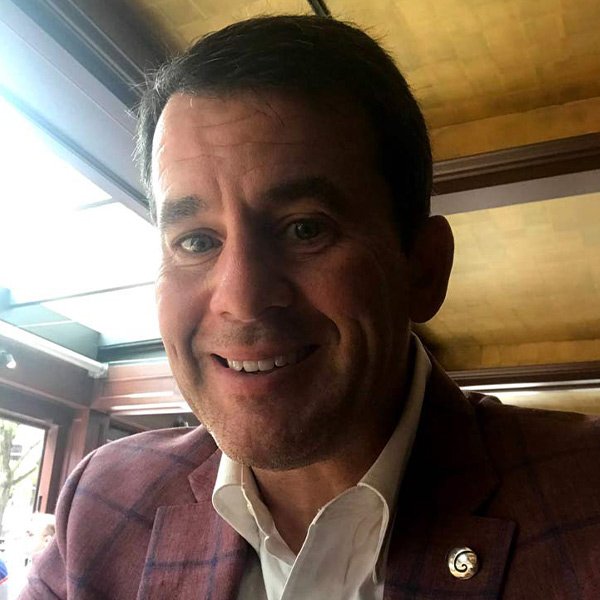 Rob Fleischman is Operating Partner at Safar Partners and a successful technology entrepreneur and has deep knowledge in the areas of Internet Infrastructure, Distributed Systems, Artificial Intelligence, Security, Networking, and Very Large Scale Server Development. After graduating from MIT (SB in Computer Science, SM in Computer Science and Electrical Engineering), Rob began his career at BBN Labs (where the Internet was invented, in fact, Rob’s first mentor was Ray Tomlinson, the inventor of e-mail). Mr. Fleischman founded multiple start-ups, and held senior engineering positions at large technology and financial companies (BBN, Fidelity, Highwind, Software.com, Openwave, Sandvine, Xerocole, Akamai, and others).  He holds many patents, invented and helped build news, messaging and DNS technologies that currently process trillions of transactions daily on the Internet.

Mr. Fleischman is currently a valued advisor on the boards of multiple technology companies and leads multiple endowment investment committees.  In addition, Rob is currently a Tiger 21 chair in Boston where he helps UHNW investors, families, and financial advisors discuss investments, family wealth issues, and philanthropy.

For many years, for fun, Rob could be heard on the radio as a guest and contributor to NPR in New England as the “explainer of all things wired”.  Finally, and most importantly, Rob is a dedicated husband and father (2 daughters) and works hard to maintain an active life in New Hampshire. 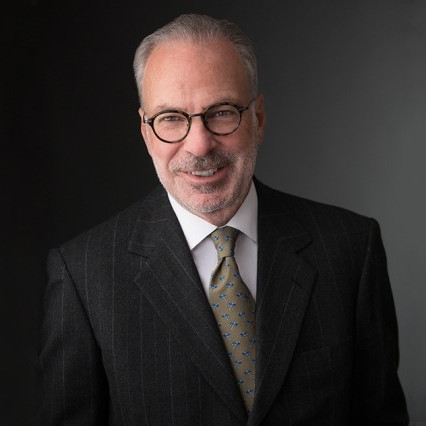 Robert B. Millard is the Chairman Emeritus of the MIT Corporation and a Senior Advisor to Safar Partners. He is also a member of the Council on Foreign Relations and services on the External Advisory Council of NYU’s Global Institute for Advanced Study, the Board of Directors of University of Engineering and Technology, and the MIT Dean of Science Advisory Council. He attended MIT as an undergraduate and holds an MBA from Harvard Business School. He was elected to the MIT Corporation in 2003 and became the 11th Chairman of the Corporation in 2014. He has been a member of the Visiting Committees for Physics, Architecture, Chemistry, and Philosophy & Linguistics. He also served as the Chairman of MITIMCo, which manages MIT’s endowment. He is co-founder and former Chairman of the Board of L3 Technologies, a major defense technology company. He currently serves as Lead Director of L3Harris Technologies. He is a Director of Evercore, an international investment bank, and a former Partner of Lehman Brothers.  In addition, he is a fellow of the American Academy of Arts & Sciences and a board member of the American Association for the Advancement of Science (AAAS). He is married to Bethany Millard and has four children. He lives in Miami and New York. 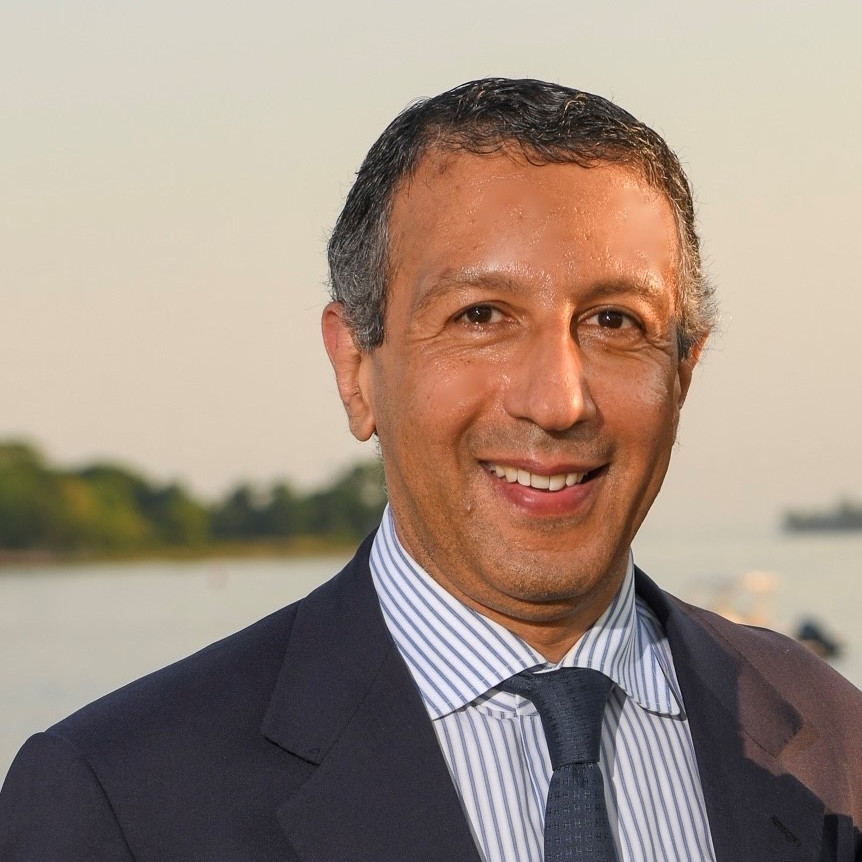 Senior Advisor to the Managing Partners

Ayman Hindy is a Senior Advisor to Safar Partners. He is a managing director in PIMCO’s Newport Beach office, overseeing portfolio management reengineering and infrastructure. He focuses on the oversight of portfolio management processes, technology, and execution. Prior to joining PIMCO in 2021, he was an operating partner at Safar Partners, and previously he was a partner at Advanced Liquidity Concepts, an investment firm specializing in execution efficiency. Prior to this, he was a partner, senior portfolio manager, and head of the U.S. office for Capula Investment Management, and a founding partner and portfolio manager at Platinum Grove Asset Management. He has served as a professor of finance at the Graduate School of Business at Stanford University and published research in leading academic journals, and he is a guest lecturer at leading business schools. He served on the advisory board of the Cairo Stock Exchange and the visiting committee at the American University in Cairo. He has 28 years of investment experience and holds a master’s degree in engineering and a Ph.D. in financial economics from the Massachusetts Institute of Technology. 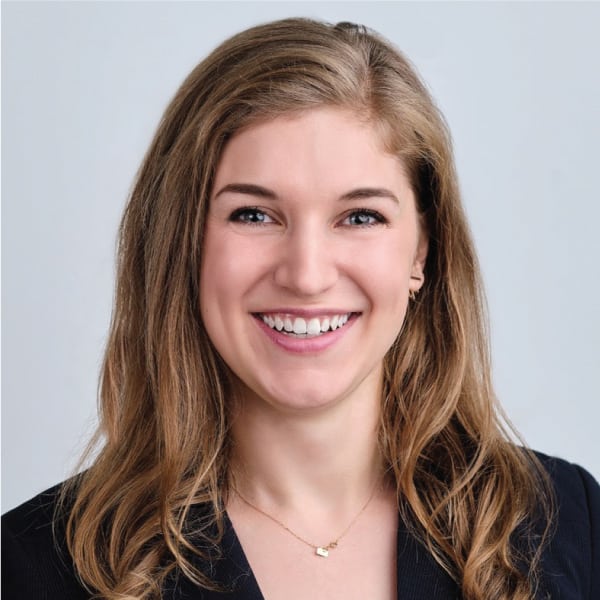 Vera Schroeder is a Partner and an Associate at Safar Partners. Vera brings broad experience in the fields of chemistry, nanoscience and materials science to the Safar team. As a graduate student, she worked in the laboratory of Professor Tim Swager at MIT focused on carbon-nanotube based chemical sensing. While at MIT, she also spent her time at Sloan and HBX learning about venture creation and strategy as well as interning at MP Healthcare Venture Management fund. She holds a BS and MS in Chemistry from RWTH Aachen University and a Ph.D. in Chemistry from MIT. 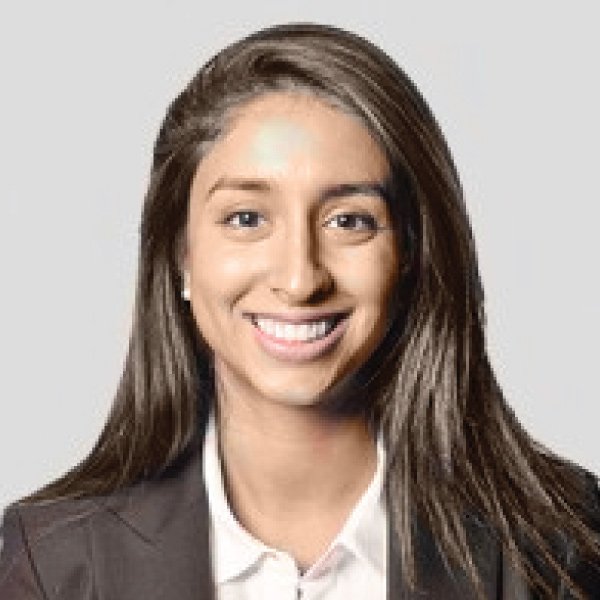 Parinaz Motamedy is a Partner at Safar Partners. Prior to joining Safar, Parinaz worked at Accorhotels in Paris, investing in hospitality startups on Accor’s corporate venture team. Before Accor, Parinaz worked on the Product Structuring Team at Blackstone, structuring specialized hedge fund products at Blackstone Alternative Asset Management in New York City. Parinaz has a BA in Philosophy and a secondary in Psychology from Harvard University. 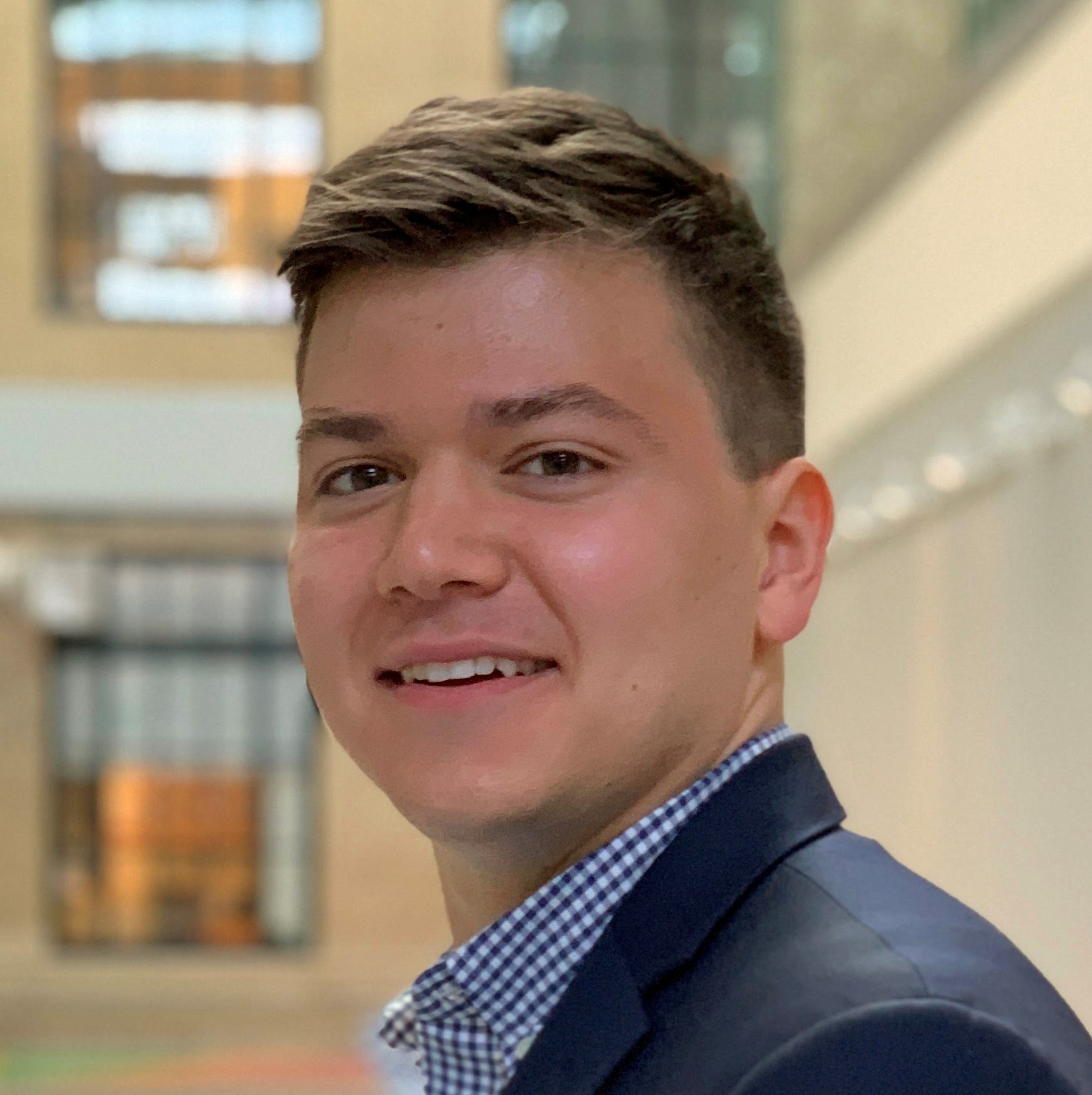 Daniel Korsun is an Associate at Safar Partners. Daniel is currently completing his Ph.D. in Nuclear Science and Engineering at MIT’s Plasma Science and Fusion Center, working with Dennis Whyte and Zach Hartwig on superconducting magnet development for nuclear fusion reactors. Previously, Daniel also worked at the Department of Energy’s Princeton Plasma Physics Laboratory and at Commonwealth Fusion Systems, a Safar Partners portfolio company. He also holds a B.S. in Physics from MIT. 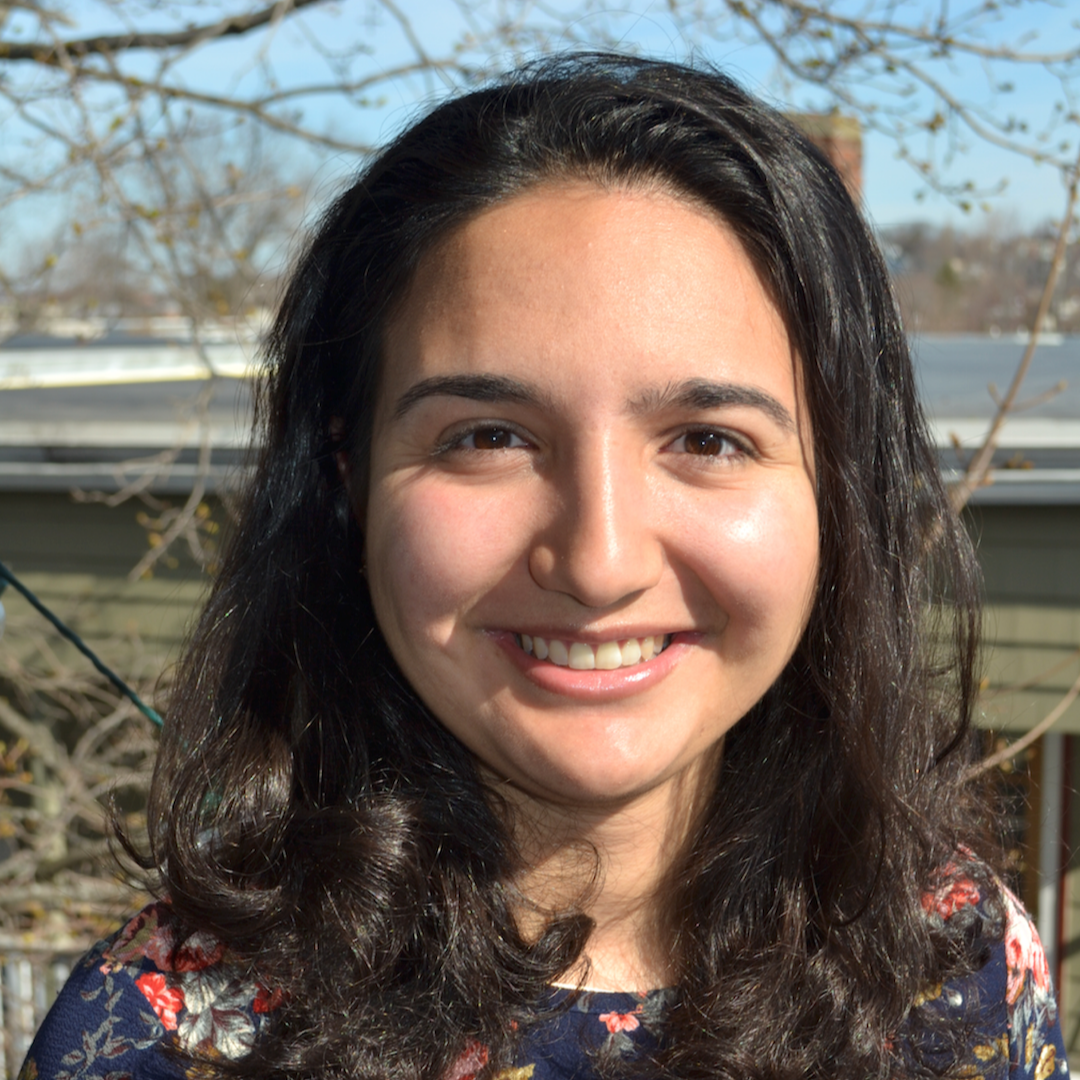 Arda Kotikian is an Associate at Safar Partners. In addition to Safar Partners, Arda is currently a postdoctoral fellow in Jennifer Lewis’ lab at Harvard University working on the development and fabrication of soft functional materials. She has a Ph.D. in Mechanical Engineering and Materials Science from Harvard, where she developed a platform for hierarchical programming and synthesis of liquid crystal elastomer actuators for 3D printed soft robotics in the Lewis Lab. Prior to Safar and Harvard, Arda received a B.A. in Chemistry and Mathematics from Mount Holyoke College. 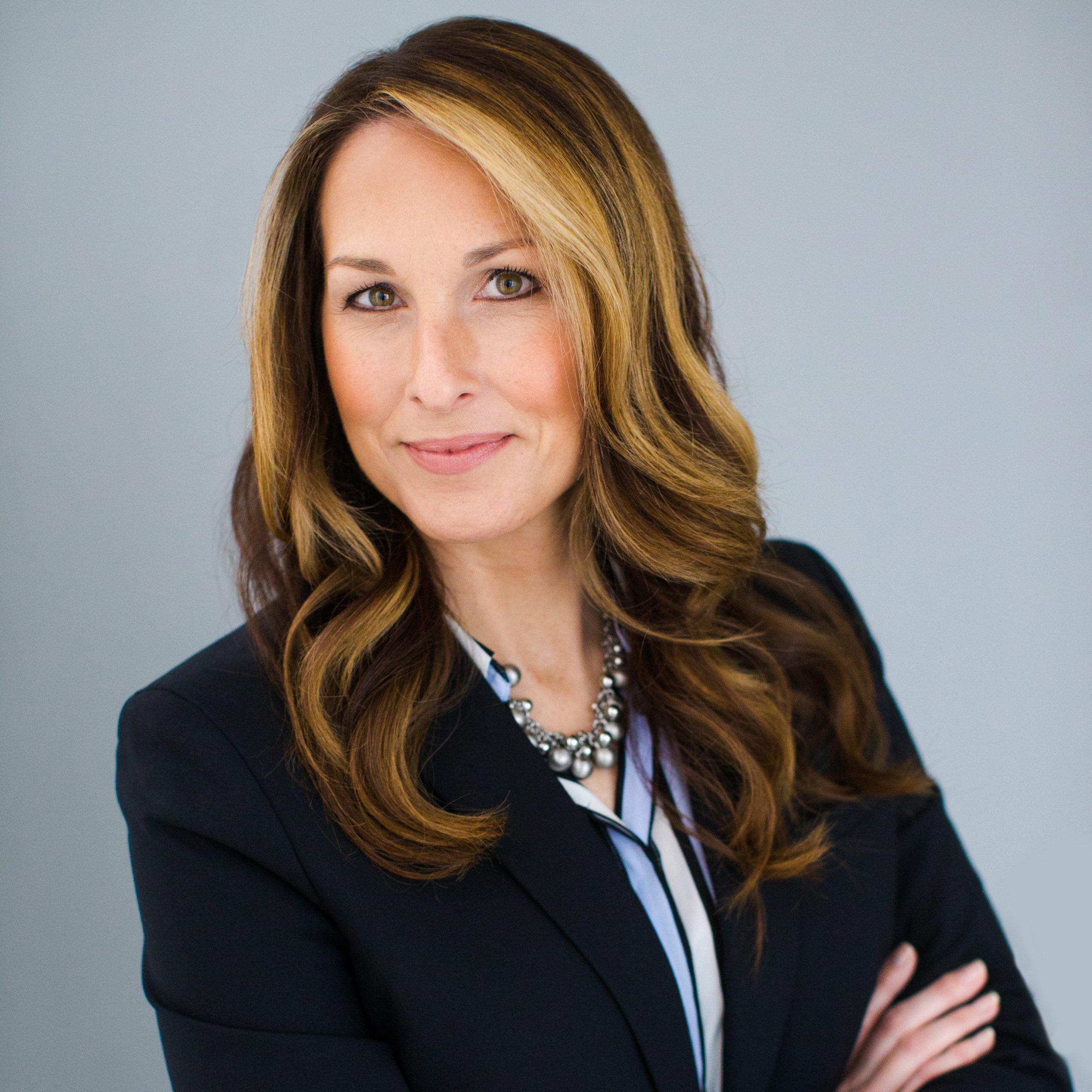 Leslie Hartford is the Manager of Administration at Safar Partners. She brings extensive experience in executive, financial and legal administration to the Safar team. Leslie has over 20 years of experience working directly with corporate executive and legal teams at AIG, Inc., PAETEC Corp., and Sweetwater Energy, Inc. She holds a BA in Sociology from Le Moyne College, a Paralegal Certification from Syracuse University, and a MBA from the Madden School of Business at Le Moyne College. 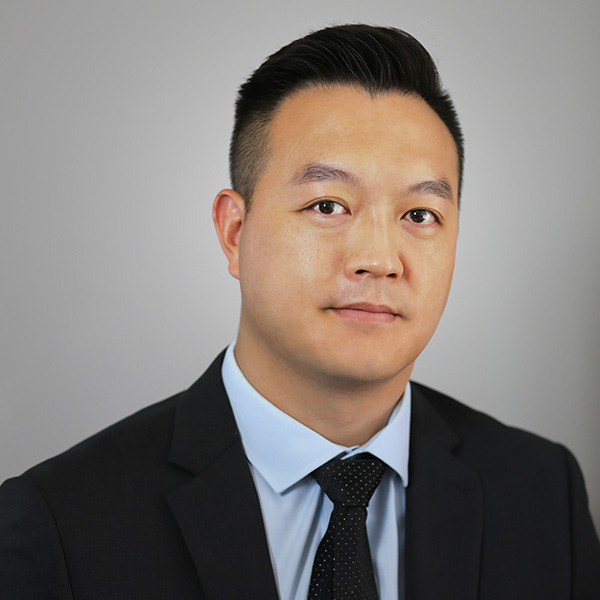 Manager of Systems and Operations

Tony Cheung is the Manager of Systems and Operations. Since 2013, he has consulted for various private equity firms, hedge funds, and startups primarily advising and implementing information technology, operations, and business processes. Prior to that, he worked as a Trade Analyst at Caspian Capital Management, which managed as much as $2.2 billion of alternative assets. Tony holds a B.S. in Information Technology from Rensselaer Polytechnic Institute.